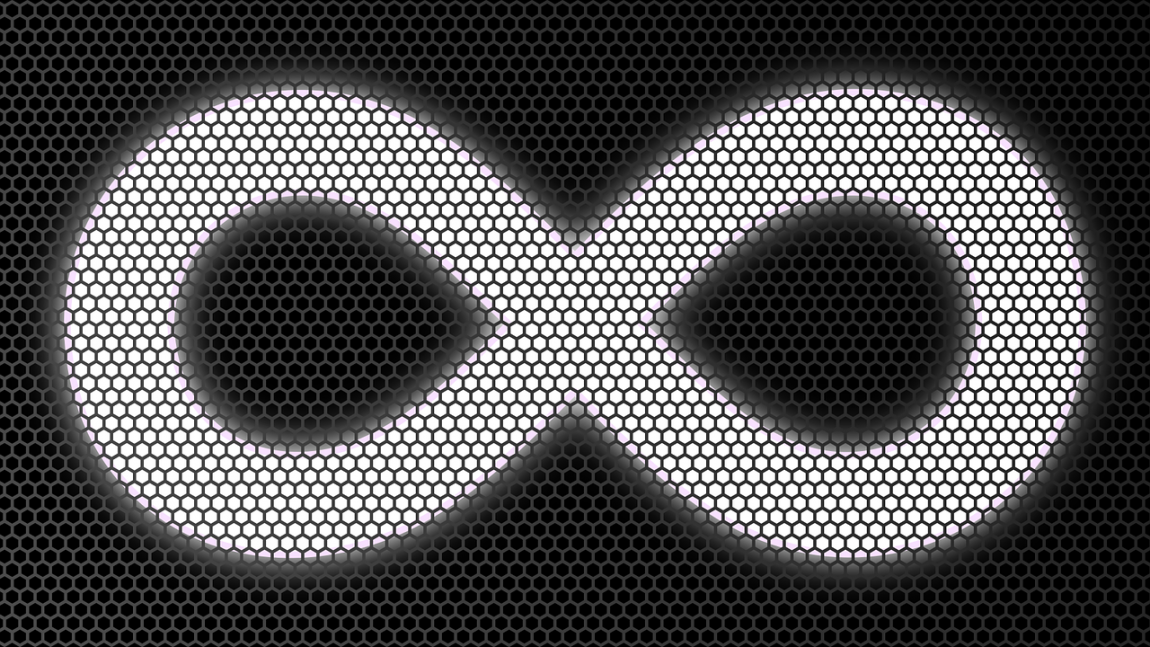 The infinity symbol ∞ is also known as the lemniscate, and was introduced by English priest and mathematician John Wallis back in 1655. The ∞ is likened to the number 8 turned 90°, and is symbolic of a never ending unbreakable line.

Coincidence or not, tonight marks the start of the Jewish holiday of Hanukkah, which lasts 8 days and is an annual commemoration of an ancient Hebrew legend. Tradition has it that when the Maccabees reclaimed their defiled temple from Antiochus, they only found enough pure sacred oil to light the menorah for one night. The menorah was supposed to be lit every night, but it would take 8 days to prepare more kosher oil for the evening flames.

The miracle of Hanukkah occurred when the finite supply of oil lasted all 8 days, so that the lights never burned out at night, and would in essence continue to be lit nightly forever. While 8 days is a finite period of time, the annual celebration remains entrenched in Jewish culture over 2000 years later, and conceivably will remain a tradition as infinite as the concept of time and the unknown future.

The concept of infinity is seemingly simple, yet profound.

Georg Cantor’s study of the concept of infinity eventually drove him to insanity. His unsolvable continuum hypothesis is based on the idea that the “next” level of infinity after the whole numbers was the number of irrational numbers. Interestingly, Cantor chose the first letter of the Hebrew alphabet, the aleph, to denote the levels of infinity.

Another annual celebration of the number 8 and ∞ occurs every August. International Infinity Day was introduced in 1987 and is observed on 8/8.

Several interesting facts about the number 8:

There is far more to explore within the realm of infinity, but alas, the constraints of time render this post finite. As we head into 2020, I encourage you to think beyond limits. We can accomplish far greater things if we can set aside our limiting personal beliefs. The future is infinite. How will you define it?